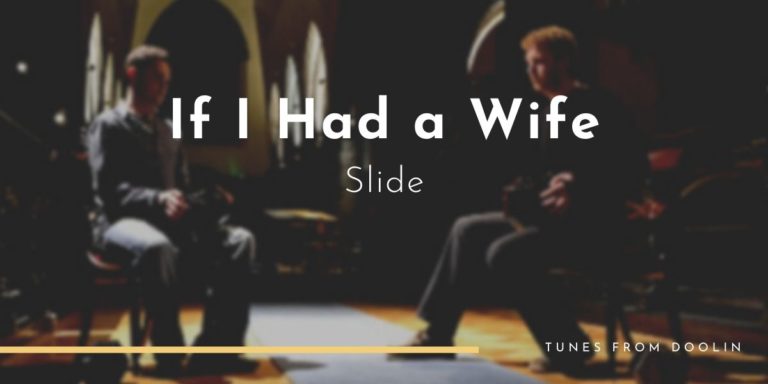 I learned “If I Had a Wife” from the great concertina duet album “Na Fir Bolg” by Jack Talty and Cormac Begley. They play if after another great slide called, “Paddy Cronin’s”.

This album was released back in 2011 and nearly ten years later it is still one of my favourite albums. It was released by Raelach Records, visit their website here.

I learned “Jackie Coleman’s” from Dympna O’Sullivan’s album “Bean Chairdín”. It is a popular reel around Doolin and I associate it with flute player Stéphane Germain in particular.

Lord Leitrim is a barndance written by the great composer Charlie Lennon for his brother Ben Lennon, who sadly passed away in 2020. I learned this tune from Tony O’Connell at the Concertina Cruinniu in Miltown Malbay back in 2014. Tony recorded this barndance with Ben Lennon himself on their great album Rossinver Braes.