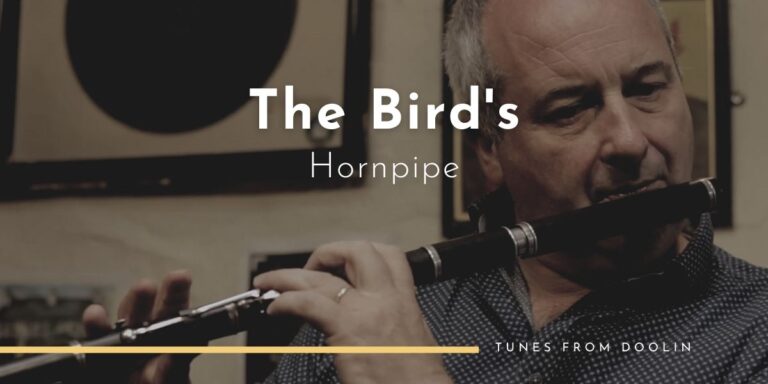 The Bird’s Hornpipe is a tune I learned from Noel O’Donoghue, great flute player from Kilfenora, Co. Clare. Noel played it on a video I produced with some friends for the Spirit of Doolin project. Hugh Healy recorded this tune on his wonderful album Ceolaire released in 2021, on which he plays it after “McGivney’s Fancy“.

I think this hornpipe features in O’Neill’s book as “Jerry Daly’s” and it was recorded under this name by The Mulcahy Family’s album Reelin’ in Tradition. Tony O’Connell and Éamonn O Riordan also recorded a version of this tune on their album Rooska Hill, on which they call it “Fitzgerald’s”.

Come West Along The Road

Another great classic, “Come West Along The Road” is one of those tune I love to play in big sessions. I don’t remember exactly when I learned this reel, but I associate it the amazing album “I gCnoc na Graí” by Noel Hill & Tony MacMahon.