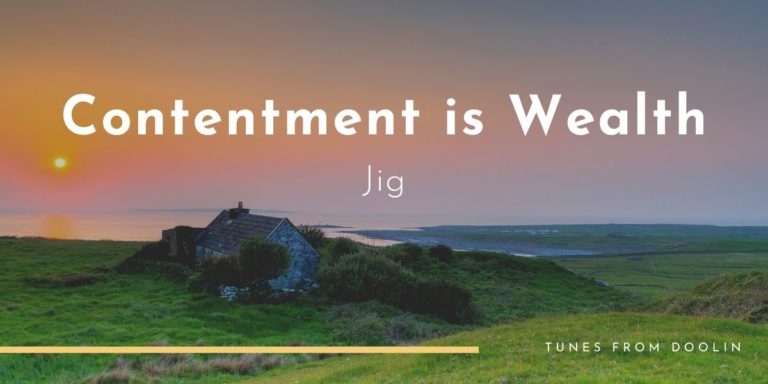 “Contentment is Wealth” is a great jig I learned from my friend Thierry Masure, a fiddle player from Belgium who lives in Co. Clare also. There are a few different versions of this tune, but this is the one I got from Thierry, which was also recorded by Paddy Murphy, the legendary concertina player from Fiach Roe, Co. Clare. Another great recording of this lovely jig can also be found on Dan Gurney’s album.

1 thought on “Contentment is Wealth”

Maid on the Green (The)

I associate “The Maid on the Green” with whistle and flute player Christy Barry from Ennistymon and also the legendary Chris Droney from Bell Harbour.

Humours of Castlefin (The)

I learned “The Humours of Castlefin” during the Russell Memorial Weekend 2013, from Terry Bingham. It is one of my favourite tunes and I associate with Noel Hill and Tony MacMahon, who recorded it on their album “I gCnoc Na Graí”.

“Don’t Touch That Green Linnet” is a composition of the late Tommy Peoples, the fiddle player from Donegal who lived in County Clare for many years and influenced many great fiddles players. Tommy’s tunes are all remarkable and I particularly like this one.