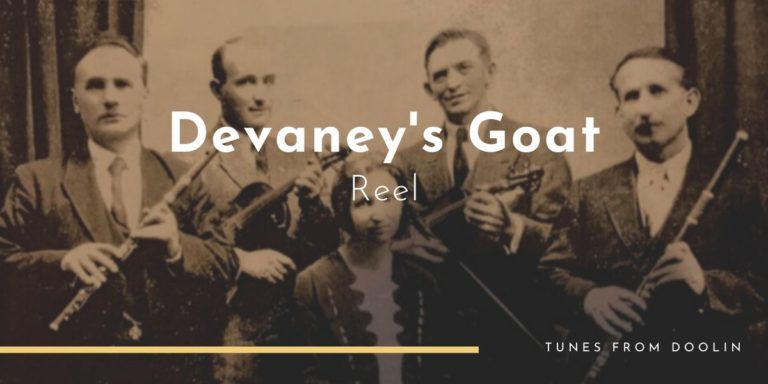 This is a great reel and a common session tune! I learned “Devaney’s Goat” (or “Devanny’s Goat”) through various sessions, but I associate it with the playing of Christy Barry in particular. In the sleeve notes of John Carty’s album’s “Last Night’s Fun”, it says that, according to flute player Jack Coen, this reel was composed by Tommy Whelan, a flute player with the Ballinakill Ceili Band in East Galway, who named the tune for a neighbor’s animal.

I got “The Cavan Reel” at a session with Terry Bingham & Yvonne Casey at McGann’s Pub. Mary MacNamara also recorded it on her album “Blackberry Blossom”, and it is known as Mike Flannagan’s as well.

“The Donegal Reel” is a tune I learned from Terry Bingham at a workshop during the Russell Weekend 2012. It is a favourite of my friend Pat Lynch, fiddle player from Kilfenora.

An Tri Is A Rian

I learned this hornpipe from the playing of Cormac Begley, who learned it himself from East Clare concertina player Mary MacNamara.