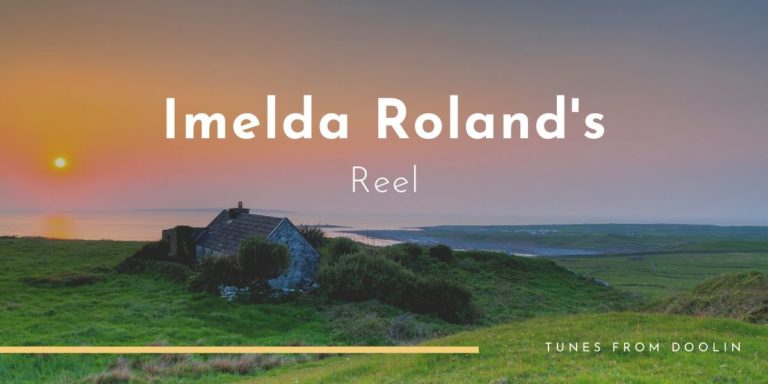 “Imelda Roland’s” is without a doubt one of my favourite reels. I learned if from the playing of concertina player Claire Keville, who recorded it on the album “An Trí is a Rian” with John Weir and Eithne Ní Dhonaile. In the sleeve notes of the album, Claire explains that she was told by Imelda Roland’s daughter that her mother used to lilt this tune while boiling potatoes for the pigs. The tune was picked up and made popular later by Joe Cooley and her brother Raymond Roland.

I enjoy playing “The Honeymoon Reel” after this tune, and usually follows with a third reel called “The Kerryman’s Daughter”.

This is the second tune of the “Jimmy Duffy’s Barndances”, which I learned from my friend, flute player Stéphane Germain. He actually enjoys playing these two barndances on the accordion, and it is one of our favourite sets to play at our Sunday afternoon session at Gus O’Connor’s Pub.

One of my favourite reels! “The Concert Reel” is quite common in sessions around here but I remember learning this tune from Noel O’Donoghue (flute) and Kevin Finucane (fiddle) in particular, they played it a one of the Riches of Clare concerts a few years back. It is very often played after another great reel, “The Hare’s Paw”.

Give Us A Drink Of Water

“Give Us A Drink Of Water” is a slip jig which I learned through various sessions. I associate this tune with James Devitt, fiddle player from Kilfenora.