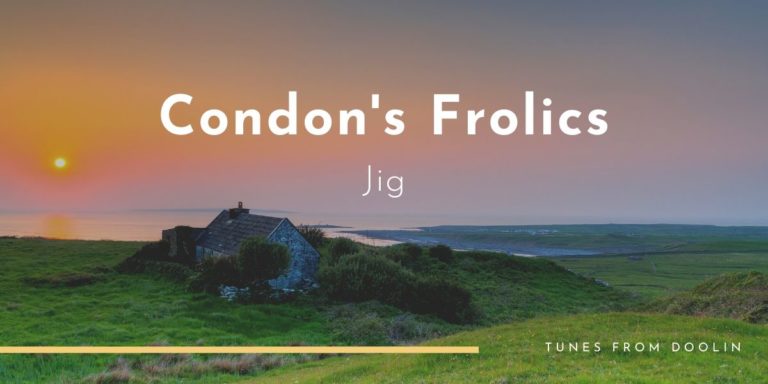 “Condon’s Frolics” is another jig I learned from the playing of Terry Bingham. This version is also very close to the one recorded by Paddy Keenan on his album “Poirt An Phíobaire”. It is also called “Conlon’s Frolics” at times.

The Cat’s Meow is a wonderful jig composed by Joanie Madden, the great Irish-American flute and whistle player and leader of Cherish The Ladies. It is quite a common tune nowadays and I learned it from Aine O’Donoghue and Aine Griffey.

Lillies in the Field

I learned “Lillies in the Field” from Terry Bingham’s wonderful concertina album (he calls it “PJ Conlon’s on his album). It is a great reel which I have enjoyed playing for many years now and I also associate it with the playing of Tony MacMahon.

I learned “Larry The Beer Drinker” from Terry Bingham during a concertina workshop at the Russell Memorial Weekend 2014. Andrew MacNamara recorded this tune on his album “Dawn”, he plays it after one of my favourite jigs, “Contentment is Wealth”.