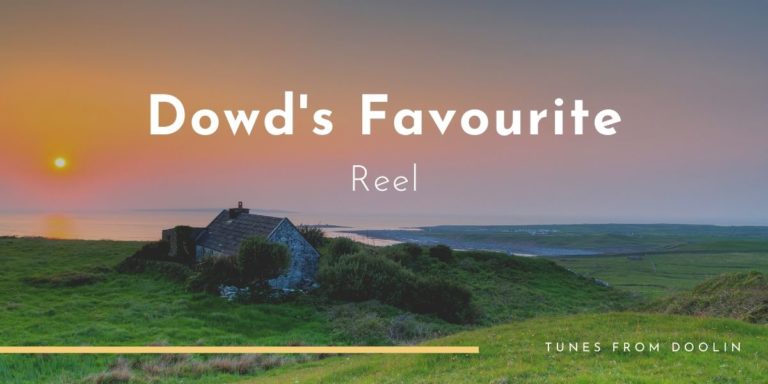 “Dowd’s Favourite” is a very beautiful reel which I associate with the playing of Paddy Carty. It is also simply called “Dowd’s” or “O’Dowd’s” and was recorded by Tommy Peoples on his album “The Iron Man”. I am not really sure where I originally learned this tune though, I think it might have been from my friend Damian Werner.

“John McHugh’s Jig” is a very common session tune here in Doolin. I learned it at one of the Super Sunday sessions in O’Connor’s Pub with Noel O’Donoghue, Sean Vaughan and Hugh Healy. It is part of one of my favourite set, which is associated with the Kilfenora Ceili Band.

Caisleán an Óir (The Golden Castle) was composed by Junior Crehan from Miltown Malbay. I learned it from Terry Bingham, who often plays it after “If there weren’t any woman in the world”. It was also recorded on Matt Molloy and Sean Keane’s brilliant album “Contentment is Wealth”.

“Handsome Sally” is a reel I learned from Stéphane and Adam Shapiro. They used to have a great sessions in Cooley’s Pub in Ennistymon. I believe they got this tunes tune from Catherine & John McEvoy’s CD “The Kilmore Fancy”.