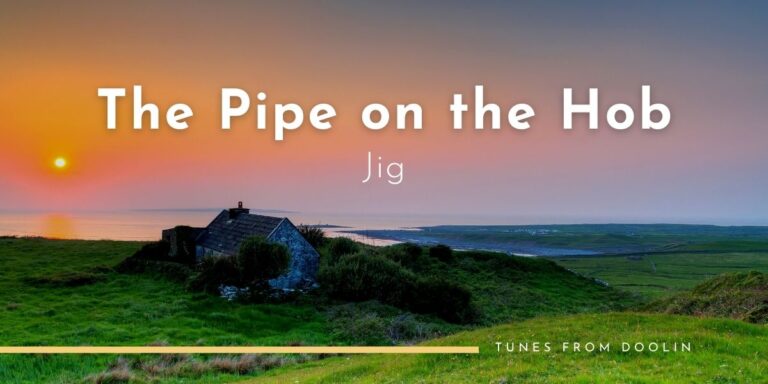 Pipe On The Hob (The)

The Pipe On The Hob is a very old tune that is quite common in sessions around Doolin. I associate this jig with Christy Barry and James Devitt, but I think I first learned it from a recording of Gavin Whelan, the great whistle player from Dublin.

There is another jig called “The Pipe On The Hob” (but it is in A minor) which is also quite popular. I’ll post it soon!

This reel was written by John Nolan and was originally called “The Boogie Reel”. I learned it from Terry Bingham’s album, on which he calls it “The Durrow Reel”.

I learned “Dever The Dancer” from Lorraine Hickey and Kevin Rowsome, who recorded this lovely slip jig on one of the Irish Folk Festival’s compilation CDs. I used to listen to these albums quite a lot when I was working in Magnetic Music Café, which my very first job in Doolin back in 2006. I actually met Kevin Rowsome at the Russell Memorial Weekend in 2020, a true gentleman a wonderful piper.

McGivney’s Fancy is a hornpipe associated with Éamon McGivney, a great fiddle player from Co. Longford originally but resident of West Clare for many years and one of the directors of Scoil Samhraidh Willie Clancy since the early 1980s.