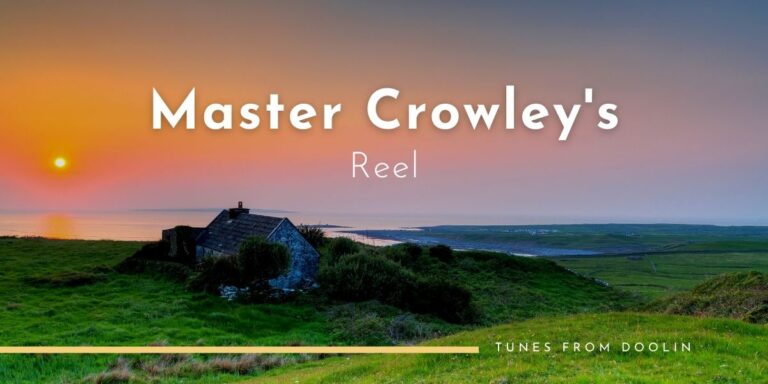 Master Crowley’s is a reel I learned from Hugh Healy, a great concertina player from Corofin in Co. Clare. It is sometimes played with a third part which is actually the first part of “The Roscommon Reel” (also known as Master Crowley’s!), and I’ve even heard the two tunes play together as a 5-part reel.

I remember hearing Cormac Begley playing these two reels together at the concertina recital during Willie Clancy week in Miltown Malbay, and there’s actually a video of his performace on Youtube, have a look below!

I learned “Mac’s Fancy” from the playing of Josephine Marsh, who recorded it on the great compilation album “The Sanctuary Sessions”, recorded live at Cruise’s Pub in Ennis. This jig is usually played after “Winnie Hayes’ Jig” around Doolin.

“Down The Broom” is a reel I have learned through various sessions, but I associate it with Noel O’Donoghue in particular. Noel is a great flute player from Kilfenora and also a dear friend who has always been very encouraging and generous with his music over the years.