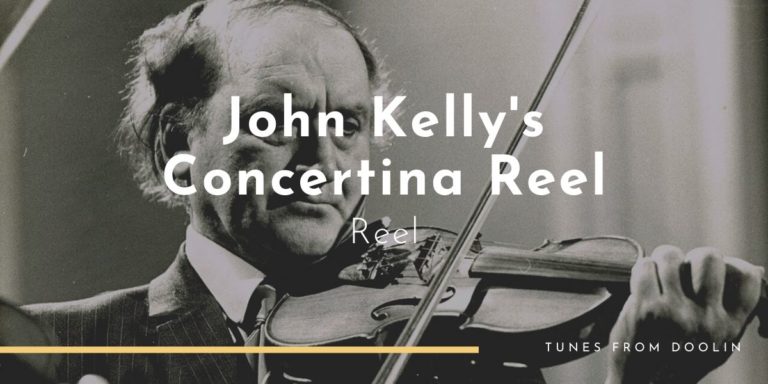 John Kelly’s Concertina Reel is a great tune that I got from Denis Liddy at a session in McCarthy’s of Coore, during the Willie Clancy Week back in 2014. I was familiar with this reel, associated with John Kelly Senior, through Tim Collins & Brian McNamara’s wonderful album Reed Only. My good friend Tom Delany also recorded it with Caroline Keane on concertina on their duet album Never Say Good Bye, Say Good Luck (see the second video below, it’s the first tune of their set).

“The Lilting Banshee” is a very common session jig and it was the second tune I ever learned. My friend Stéphane taught it to me on tin whistle during my first summer in Doolin, back in 2006.

A common session tune, “The Cup of Tea” is a great reel which I learned through various sessions. This version is quite standard, however I would highly recommend Tommy Peoples’ version on his album “The Quiet Glen”, I think it’s the best recording of this tune ever.

I learned “The Kilfenora Lass” from Tommy Peoples, it is on the “Fiddler’s Fancy” CD. When I learned this jig I thought it would be a common Kilfenora tune, but the truth is I actually never heard it in sessions.