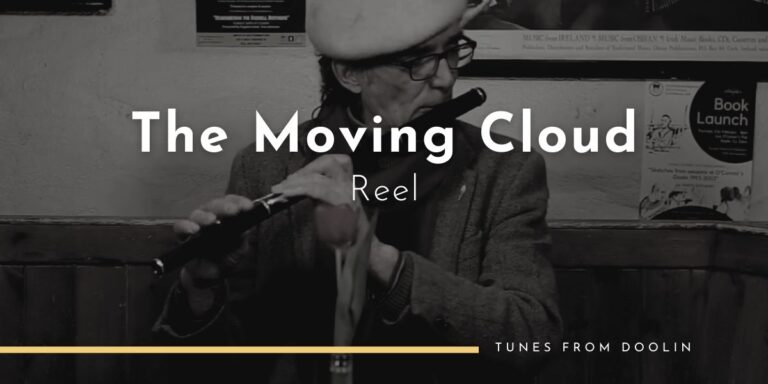 The Moving Cloud is a great reel that I associate with the playing of flute maestro Michel Bonamy. I have a vivid memory of Michel playing this tune at a session in Doolin many years ago, and his version was just out of this world. This reel was composed by Neillidh Boyle and he called it “The Moving Clouds” (plural). It is most commonly known as “The Moving Cloud” now though.

Noel Hill also recorded an amazing version of The Moving Cloud on his album “The Irish Concertina”, on which he follows it with “Devaney’s Goat“.

I learned this beautiful jig, “The Gallowglass”, from my friend Adam Shapiro. Adam is an amazing fiddle player from South Africa who has been living in Clare for many years and is a member of The Fiddle Case. I also associate this tune with another friend of mine, Kirsten Alstaff, who recorded this jig on her first solo album. It actually gave the name to the album as well.

Boy In The Gap (The)

This is a true Doolin classic. “The Boy In The Gap” is a reel that is very much associated with Micho Russell. He used to play it after another fine reel, “Seán Sa Cheo”, but these days you hear them the other way around most of the times.