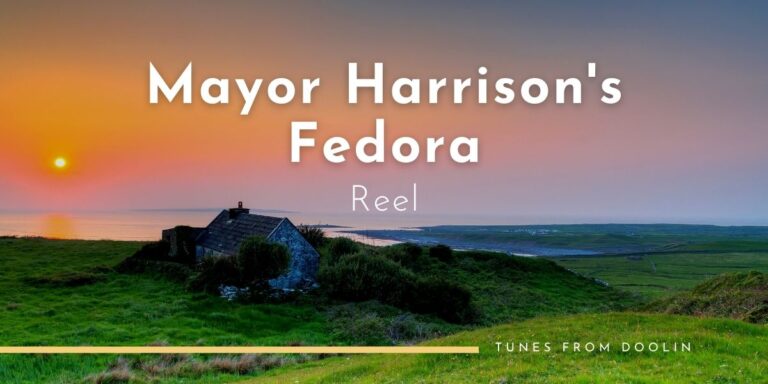 Mayor Harrison’s Fedora is one of my all-time favourite tunes. I learned it from my friend Johannes Perritaz, a great flute player from Switzerland. I believe his version was based on the playing of Matt Molloy & Sean Keane, who recorded this reel on their album Contentment is Wealth. Tommy Peoples also recorded an amazing version of “Mayor Harrison’s Fedora” on the album The Quiet Glen.

Mayor Harrison refers to the Mayor of Chicago from 1897 to 1915, at a time when Chief O’Neill was collecting his tunes in Chicago. It features in “O’Neill’s 1001” with 3 parts, but you can occasionally hear this tune with only the first 2 parts.

“Dan Breen’s” is a reel I love playing very much. I learned it from a session with Yvonne Casey, Terry Bingham and Stéphane Germain. There’s a great version of this tune on the album “The Kilmore Fancy” by Catherine & John McEvoy as well.

Billy O’Rourke Is The Buachaill

I learned “Billy O’Rourke Is The Buachaill” from my friend Damian Werner, a great flute player from Hawaii who has been living in Co. Clare for many years. He played this tune at a session during the Corofin Trad Fest 2014.

I learned Martin Wynne’s No. 1 from the Riches of Clare CD back in 2010. It was part of a great set of reels played by Eric and Colm Healy, Kieran Hehir and Seanie McGrath. Martin Wynne was one of the great Sligo fiddlers of the 20th Century and…