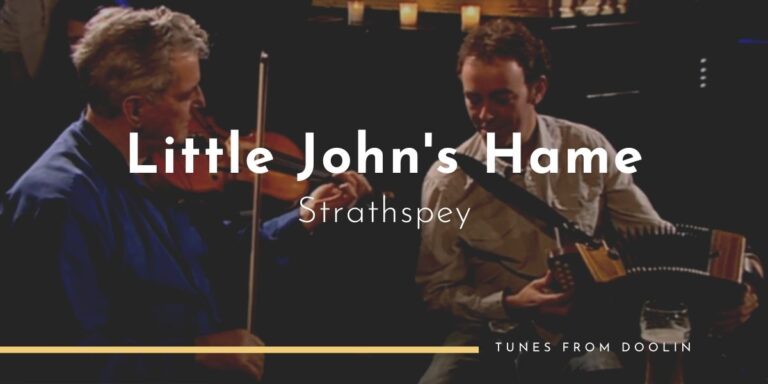 I first heard Little John’s Hame played by Dermot Byrne and James Cullinan at an amazing concert at the Corofin Traditional Festival back in 2013. This strathspey really stuck in my head the the following day I learned it from a video I found of Dermot Byrne playing with Tommy Peoples (see the video below).

This tune was composed by Scottish fiddle player James Scott Skinner and is not one you hear in sessions very often, but I love playing it nonetheless!

“Johnny Boyle’s” is a slide I learned from the playing of Derek Hickey and Liam Flanagan, on the compilation album from the Corofin Trad Festival. Apart from being an amazing accordion player, Derek is a real gentleman and it is always such a treat to see and hear him at festivals.

“The Galtee Ranger” is a reel which I learned from my good friend Stéphane. It was recorded by Mary Bergin and also by Kevin Crawford on his album “In Good Company”, and it is sometimes called “Callaghan’s” as well.

“Cronin’s Hornpipe” is a popular tune that I learned from Terry Bingham. I also associate this tune with my good friend Adrian McMahon, a great flute player from Kilfenora. Adrian likes to play it after “The Rights of Men”, which makes a really nice change.