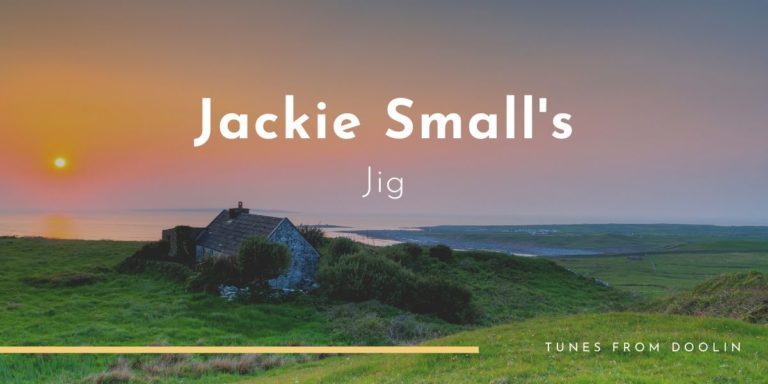 “Jackie Small’s” is a jig that I learned from Terry Bingham during the Russell Memorial Weekend back in 2015, and I believe he got that tune from the playing of De Dannan. It also features on a great album called “The Bank of Turf” by Tommy Fitzharris (flute) and Donal McCague (fiddle). Tommy is an amazing flute and concertina player and a regular visitor to Doolin, he is always a great addition to any session he joins!

I recorded this tune on the accordion back in 2015, you can watch the video below.

Maid in the Meadow (The)

I learned “The Maid in the Meadow” from Yvonne Casey’s first album. It is a great tune that you hear a good bit in sessions in the area. This reel is also sometimes called “The Dream of Home”, as collected by Breandán Breathnach.

Hag at the Churn (The)

“The Hag at the Churn” is a jig that I associate with piper Paddy Keenan, who is a regular visitor to Doolin. He recorded it with The Bothy Band and also on his album with Tommy O’Sullivan “The Long Grazing Acre”. Josephine Marsh also recorded a very nice version of this tune on the album “To Meet A Friend” with Cyril O’Donoghue.