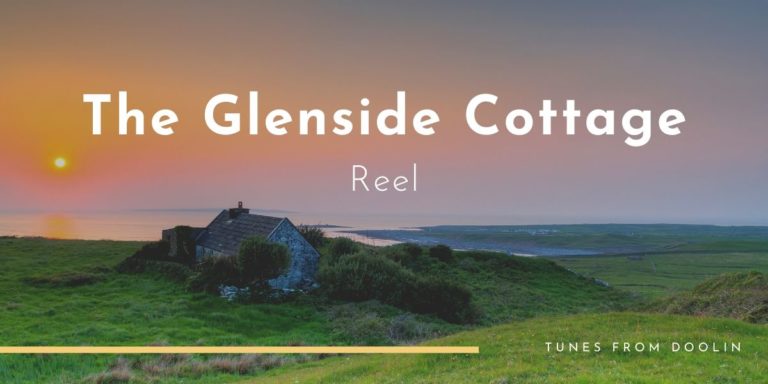 “The Glenside Cottage” (also known as “The Old Ruined Cottage In The Glen”) is a reel I learned from Terry Bingham’s album. It is the first tune of a set that Terry learned from Jackie Daly, the great accordion player from Sliabh Luachra who now resides in Miltown Malbay. The second tune in the set is “I Have No Money“.

1 thought on “Glenside Cottage (The)”

“The Boys of Tandragee” is a great jig that I got at a session with Christy Barry and Terry Bingham, in Gus O’Connor’s Pub. It can also be played in D minor, but E minor is the most common key.

“Christmas Eve” is a very popular session tune, and not only at Christmas time! This reel was composed by fiddle player Tommy Coen and I learned it from Hugh Healy & Colm Healy’s album “Macalla na hÓige”, which came out in 2004 and is full of great tunes.

“The Laccaroe” is a tune a learned from my friend JB Samzun, who plays fiddle. He got this lovely reel from the playing of Pat O’Connor and it is also know as “The Old Ashplant” or “Eonach Mhic Coilín”.