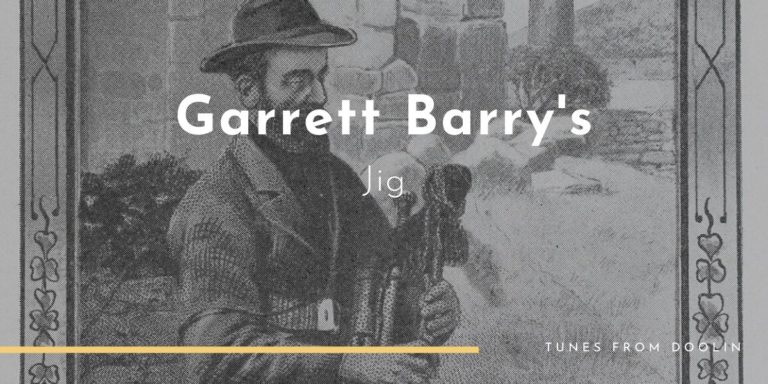 Garrett Barry’s is one of the first jigs I ever learned. It is a common session tune  associated with the blind piper Garrett Barry from Inagh, in Co. Clare.

It can be found on the album The Russell Family of Dolin, Co. Clare, played by Gussie Russell on the flute, and also on the band Moher’s album Over The Edge.

“The Laurel Tree” is the second reel I have ever learned! I learned it from my friend Tom Delany during a lovely afternoon back in 2006 in the garden of Magnetic Music Café, where I used to work back then. I had this tune stuck in my head as it was the opening tune on Hugh and Colm Healy’s album “Macalla na hÓige”.

“Apples in Winter” has been one of my favourite jigs for a very long time. I first learned it from a session recording I made of Yvonne Casey, Terry Bingham and my friend Stéphane.

Green Fields of Woodford (The)

“The Green Fields of Woodford” is the last jig of the set recorded by Alan & John Kelly that is quite popular around Doolin. The first tune of the set is “Ned Coleman’s” and the second one is “Old Joe’s”.