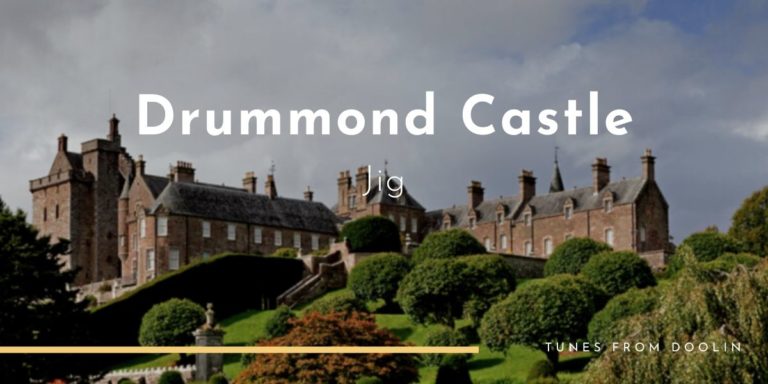 “Drummond Castle” is a jig that comes from Scotland originally, but I have learned it from John Blake, Lamond Gillespie & Mick Leahy on the amazing album “Traditional Irish Music From London”. It comes after another very nice tune called “The Banks of Newfoundland” and the set has become a favourite with many musicians around Doolin.

I also play it in another set together with my friend Stéphane during our Sunday afternoon sessions at Gus O’Connor’s Pub. We start with “The Boys of Tandragee“, followed by “Anthony Frawley’s” and finishing with “Drummond Castle”.

One the great session reels, “Last Night’s Fun” is a tune I have learned through different sessions over the years. I associate it with Mary Bergin in particular, as I have always loved her version on “Feadóga stáin”. Noel Hill also recorded it on “The Irish Concertina”.

“Charlie Harris’ Reel No. 1” is part of a set that I learned at a great session in Cooley’s Pub, in Ennistymon, with Stéphane, Adam Shapiro, Paul Dooley and a few others. It is played with another reel and they’re known together as “Charlie Harris’ Reels” and were recorded by De Dannan.
This reel also goes by the names “John Blessing’s” and “O’Connell’s Reel”, which is the oldest name I could find.

I learned “Dinny O’Brien’s” at a workshop with Terry Bingham during the Russell Memorial Weekend a few years ago. It is a reel written by the great composer Paddy O’Brien from Tipperary.