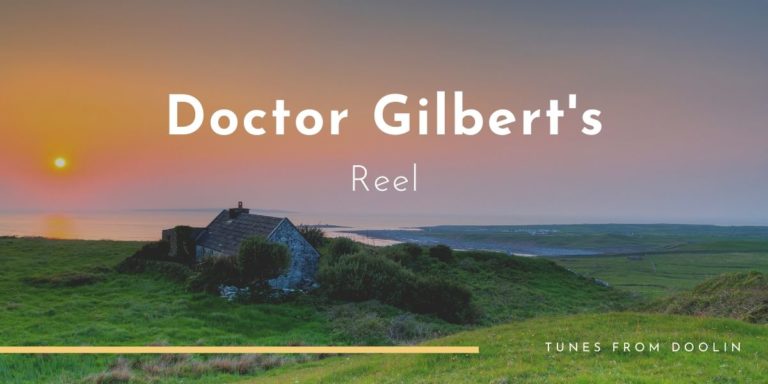 “Doctor Gilbert’s” is a great reel which I associate with Terry Bingham and Christy Barry. There is also another version of this tune known as “The Dispute At The Crossroads”,  is associated with the late John Doherty, the fiddle player from Donegal.

“Con Cassidy’s” is a jig from Donegal which I learned from the playing of the great flute player Frankie Kennedy, who recorded it on his wonderful duet album with Mairead Ni Mhaonaigh. Hugh and Colm Healy also recorded it on their album Macalla na hÓige.

“The Maho Snaps” is a lovely little jig that I got from Terry Bingham during the Russell Memorial Weekend a few years back. I believe Terry got this tunes from Cathal McConnell, the flute player with The Boys Of The Lough.

I learned “Jenny Picking Cockles” from Terry Bingham, who recorded it with Dermot Byrne on his album “Traditional Irish Music from Doolin, Co. Clare”. I also associate this tune with my good friend Paolo Cerato.