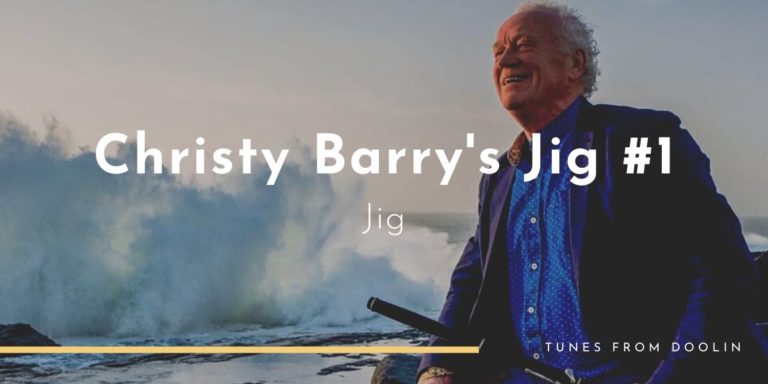 The “Christy Barry’s Jigs” are well known all over the world, this is the first one, which as far as I know was composed by Christy himself. Christy is a great flute and whistle player from Ennistymon, but he has been living in Doolin for many years. I have learned many tunes from Christy, who has always been so generous in the way he shares his music.

You should check out Doolin Music House, this is Christy’s venture where he welcomes people to his home for tunes and stories, a great evening guaranteed!

“The Meeling Team”, is a composition of Eddie Kelly, fiddle player from East Galway. I associate this jig with the playing of Paddy Carty & Conor Tully, who recorded it on their classic album “Traditional Music of Ireland”.

“Stone of Destiny” is a beautiful reel composed by fiddle player Maurice Lennon (son of the great Ben Lennon from Leitrim, and nephew of the famous composer Charlie Lennon). I learned this tune from my friend JB, a great fiddle player from Britanny. Liam O’Brien, a wonderful concertina player from Miltown Malbay, recorded this tune on his album “The Lane”.

“The Rolling Wave” is a jig I associate with Tony MacMahon, the great box player from Clare. He recorded it on the album “MacMahon From Clare” but it was also released on the live album with Steve Cooney more recently.