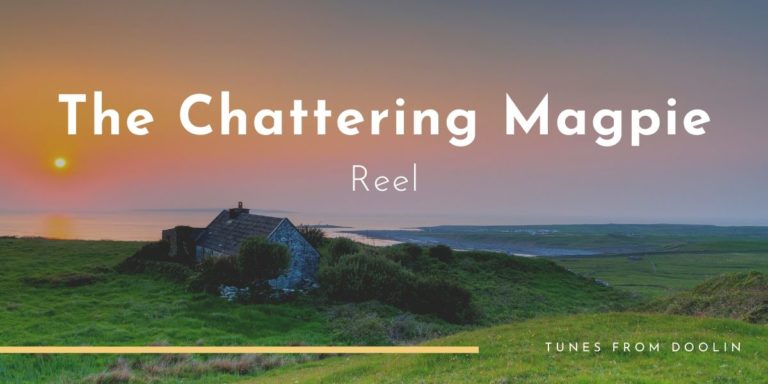 “The Chattering Magpie” is a common reel in County Clare, very much associated with concertina players. I learned it from Noel O’Donoghue and Seán Vaughan back in 2015, and I actually remember that evening quite well as it was one of the first time (if not THE first time) I was playing a gig with Noel and Seán together, at O’Connor’s Pub. I was quite nervous, but all went well enough (I think). Anyways, at some stage they starting playing “The Chattering Magpie”, and noticing that I nearly had the tune, but not fully, they played it over like 8 or 9 times so I could catch it properly. And that’s how I learned it, so thank you Noel & Seán!

“The Honeymoon” is a reel I learned from one of the best sessions I ever saw, during the Russell Memorial Weekend back in 2013 in Gus O’Connor’s Pub. It was a magical night with free flowing music by Noel O’Donoghue, James Cullinan, Donie Nolan, Christy Barry, Terry Bingham, Carol Cullinan, Angela Crotty and several others.

Humours of Ballingarry (The)