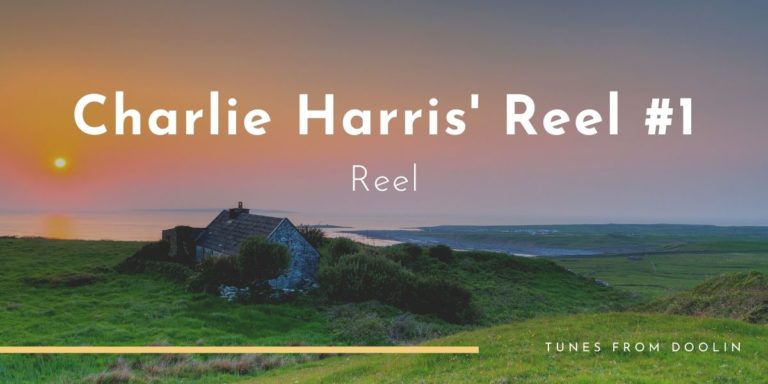 “Charlie Harris’ Reel No. 1” is part of a set that I learned at a great session in Cooley’s Pub, in Ennistymon, with Stéphane, Adam Shapiro, Paul Dooley and a few others. It is played with another reel and they’re known together as “Charlie Harris’ Reels” and were recorded by De Dannan.
This reel also goes by the names “John Blessing’s” and “O’Connell’s Reel”, which is the oldest name I could find. I’ve decided to publish it as “Charlie Harris'” since it seems to be the most common name in the area. To listen to the tune, please watch the video below.

I learned the jig “Donnybrook Fair” from the playing of concertina player Dympna O’Sullivan. It is a common session tune, which was also recorded by Josephine Marsh on the album “To Meet A Friend” with Cyril O’Donoghue.

This is a version of the famous jig “The Cliffs Of Moher” that I got from my friend Chrisophe Guillemot, a great fiddle player and harpist from Brittany who spent a few summers in Doolin.

“The Lilting Banshee” is a very common session jig and it was the second tune I ever learned. My friend Stéphane taught it to me on tin whistle during my first summer in Doolin, back in 2006.