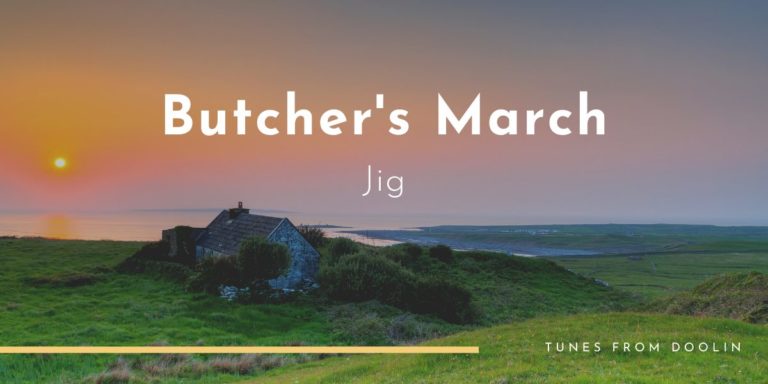 I learned “The Butcher’s March” from Yvonne Casey and Terry Bingham. They recorded this jig before “The Old Favourite” on the great CD in support of the Doolin Coastguards, back in 1994. This version is a bit different from what is usually heard, but I wanted to post this nice version from Terry and Yvonne.

Sailor on the Rock (The)

The Sailor on the Rock is a great session tune that I associate with the playing of Joe Cooley, the legendary accordion player from Peterswell, Co. Galway. I learned this reel through various sessions, can’t really pin one down in particular as it is quite a popular session tune.

Master Crowley’s is a reel I learned from Hugh Healy, a great concertina player from Corofin in Co. Clare. It is sometimes played with a third part which is actually the first part of “The Roscommon Reel” (also known as Master Crowley’s!), and I’ve even heard the two tunes play together as a 5-part reel.

Little Katie Taylor is a composition of Limerick flute player Paddy Taylor. I learned this reel from Terry Bingham during the Russell Memorial Weekend back in 2013 I believe.