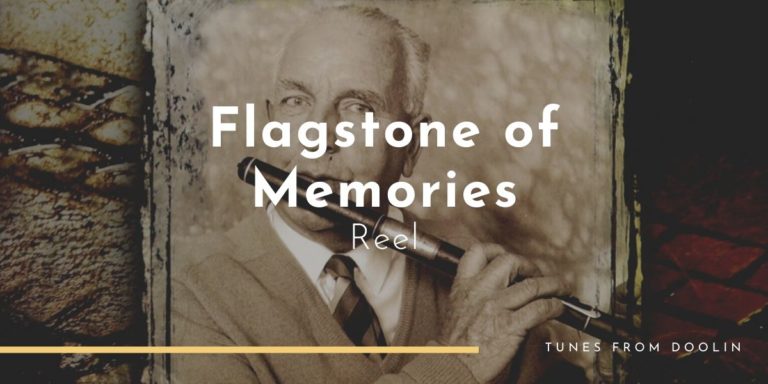 “Flagstone of Memories” great reel composed by Vincent Broderick. I learned it after a session in McCarthy’s in Coore during  Willie Week. It was a great session with my friends Tom Delany and Sammi König and we were joined by Josephine Marsh. It was the first time I had the chance to play with Josephine and I really enjoyed it !

I learned Kitty Hayes’ Hornpipe from the great album “Rooska Hill” by Tony O’Connell and Éamonn O’Riordan. Kitty Hayes recorded this tune herself as Junior Crehan’s. I couldn’t find this hornpipe in the book of Junior Crehan’s compositions, There is howver a reel called Crehan’s Banbhs in the book which shares a lot of similarities with this tune.

Little Katie Taylor is a composition of Limerick flute player Paddy Taylor. I learned this reel from Terry Bingham during the Russell Memorial Weekend back in 2013 I believe.